Belpatra has the first place among the very dear things of Lord Shiva. But one mistake of yours while offering Belpatra can not only spoil your fast and your worship but can also make Mahadev angry and convert your good fortune into misfortune. 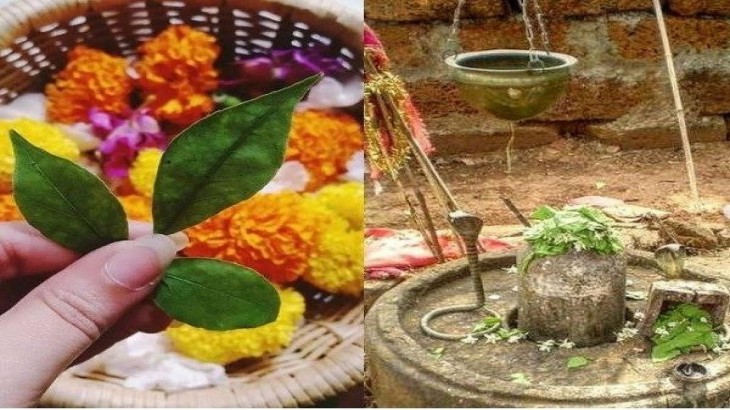 Breaking Bel leaves on this day brings inauspiciousness in life, there is a lock on good fortune (Photo Credit: Social Media)

Also read: Mahashivratri 2022: These things are prohibited in worship on the day of Mahashivratri, avoid the wrath of Bholenath by not using

Many times it is seen that Belpatra is of one, 3 or even 5 letters. It has been told in the scriptures that the more letters a Belpatra has, the better it is. Therefore, in offering Belpatra to Shiva, at least it should be of 3 letters. When these 3 letters are completed then it is considered as a Belpatra. While choosing Bel leaves to offer on Shivling, make sure that there should not be more stripes on Bel leaves. Many leaves of Belpatra have chakras and stripes which should not be used in worship. It is said that Belpatra containing Chakra and Vajra is considered to be fragmented.

Also read: Mahashivratri 2022: These facts of Mahashivratri are still unknown to everyone… Know some special things including worship method, auspicious time and aarti

In the scriptures, this rule has been told about breaking the Belpatra that it should never be broken on Monday or on Chaturdashi. Let us tell you that this time Mahashivratri is falling on Tuesday, so this time you should keep the Bel leaves broken on Sunday itself. Because today is Monday and the next day is Tuesday on Chaturdashi i.e. Mahashivratri. It is said that on Monday and Chaturdashi, Shiva is displeased with the one who breaks Bel leaves and offers them on Shivling. Apart from this, not only does inauspiciousness and unrest prevail in life, but due to planetary defects, good luck is also avoided.