Worship of Mata Kalratri pacifies the wrath of Shani Dev and one gets freedom from the pain of half-and-half and dhaiya. 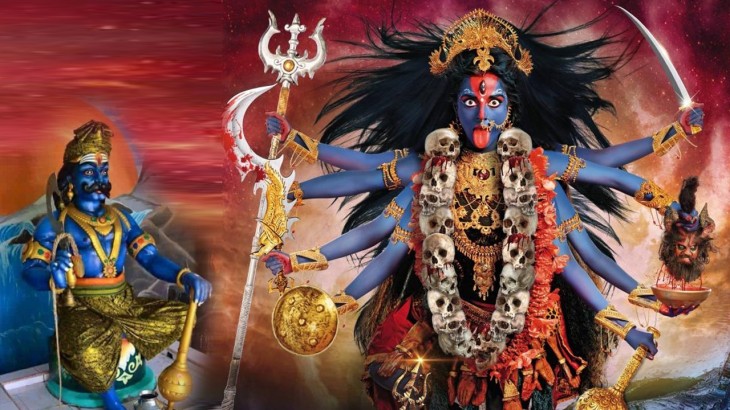 Due to the anger of Maa Kalratri, the pain of Dhaiya and Sade Sati gets destroyed (Photo Credit: Social Media)

Maa Kalratri wrath on Shani Dev, Relief in Sadhe Sati and Dhahiya: Chaitra Navratri fasting (Chaitra Navratri 2022) The festival of Chaitra month every year (Chaitra Month) It starts from Pratipada date of Shukla Paksha. During the 9 days of Navratri, 9 different forms of Maa Durga are worshipped. Today is the seventh day of Navratri. There is a law to worship Goddess Kalratri, the seventh power of Maa Durga, on the seventh day of Navratri. Maa Kalratri is that form of Mother Parvati, who is worshiped not only in Satvik but also in Tamasic. Worship of Mata Kalratri pacifies the wrath of Shani Dev and one gets freedom from the pain of half-and-half and dhaiya.

Also read: Ram Namavi 2022, Ramcharitmanas Special Chaupai: These few chaupais are equal to the text of the entire Ramcharitmanas, full of divine secrets and wondrous boons

‘Raktbeej’ was killed (raktbeej vadh)
Maa Kalratri is said to be the goddess of yantras, mantras and tantras. According to the scriptures, Maa Durga had created Kalratri with her brilliance to kill Raktabeej.

Has the ability to control ‘Saturn’ too
According to the beliefs of astrology, Goddess Kalratri controls Shani Dev. Worshiping them in Navratri according to their rituals gives freedom from the effect of Shani’s half-and-half and Shani’s dhaiya.

‘Kaalratri’ destroys time
According to the scriptures, Kalratri is considered to be the destroyer of time. That is why this form of Maa Durga is called Kalratri. She removes all the sorrows and anguish of the devotees. By worshiping them, the creature becomes free from the fear of premature death.