The festival of Holi (Holi 2022) is celebrated with great pomp across the country. Where it includes Mathura in the most worn place. So, there is also the city of Kashi. Where the festival of Holi starts a few days ago from Rangbhari Ekadashi 2022. 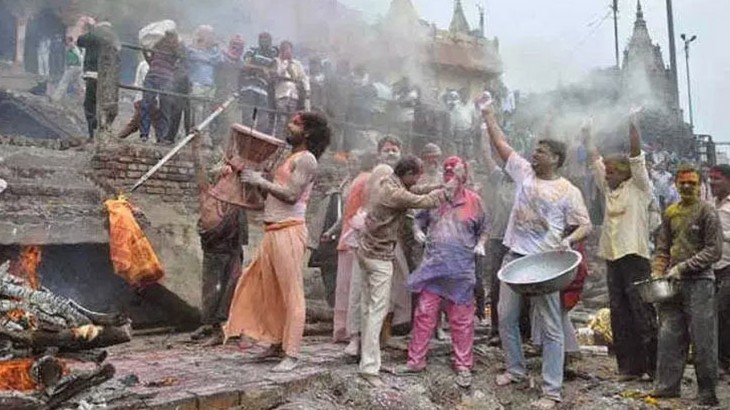 The festival of Holi (Holi 2022) is celebrated with great pomp across the country. Even playing Holi is quite famous in some places. In which the Holi of Mathura, Vrindavan, Barsane, which was first called Krishna Nagari (mathura Holi), is included. To see which people from all over the world come from far and wide. In these places, the festival of Holi starts celebrating long days before Holi. One of these is the city of Kashi. Where the festival of Holi starts a few days before Rangbhari Ekadashi. On this day, Shiva devotees play Holi with Bholenath, but here Holi (Holi 2022 celebration) is celebrated in a very different way.

Also read: Holi 2022 Rajyog: 3 Rare Raja Yogas are being made on Holi, will prove beneficial for the whole country

play holi with ashes from pyre
The Holi played on the day of Rangbhari Ekadashi in Kashi’s crematorium is very different from the Holi played at other places. Because here Holi is played not with colors but with the ashes of the pyre. Fires are kept burning round the clock at Harishchandra Ghat, the crematorium of Kashi city of Mokshadayini. It is said that the fire of the pyre never cools here. Throughout the year, people immersed in sorrow come here to bid their last farewell to their relatives, but only one Holi day happens in a year. When happiness is spread here. On the day of Rangbhari Ekadashi, Holi (Varanasi Holi) is played with the ashes of the pyre at this crematorium.

Also read: Holi 2022: Perform this aarti of Shri Krishna ji on Holi, every wish will be fulfilled

350 years old tradition
This year too, on March 14, Holi was played with colors on the cremation ground in Varanasi on the day of Rangbhari Ekadashi. During this, the music emanating from the sound system like Damru, Ghanti, Gharial and Mridang was in full swing. It is said that this tradition of playing Holi with the ashes of the pyre is about 350 years old. The story behind this is that after the marriage of Lord Vishwanath (UP ki Holi), Maa Parvati had reached Kashi by making a cow. Then he played Holi with his Ganas. But, he could not play Holi with the ghosts, phantoms, vampires and Aghoris who settled at the crematorium. Then he played Holi with him on the day of Rangbhari Ekadashi with the ashes of the pyre. Even today this tradition continues here and it starts with the aarti of Mahashamshan Nath at Harishchandra Ghat. It is organized by the family of Dom Raja here.