Durga Saptshati Path Blunder Mistake: During Chaitra Navratras, this class has to be done before reciting the mantra of Maa Durga and Durga Saptshati, otherwise it is not necessary that you can become a victim of curse. 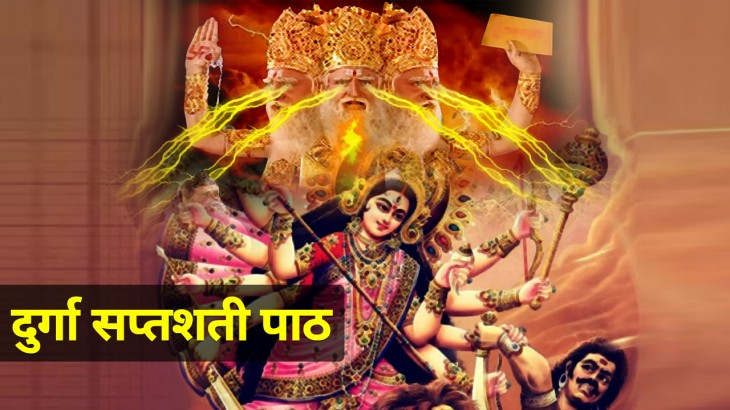 All the mantras and Saptashati text of Maa Durga are corrupted by the anger of Brahma (Photo Credit: News Nation)

Durga Saptshati Path Blunder Mistake: It is mentioned in Sanatan Dharma that a mistake in the rules during the lesson makes a person the victim of the sin of impurity. In this way Chaitra Navratri (Chaitra Navratra 2022) Even during the Durga Saptashati recitation there are some very strict rules, which can make you a victim of the curse of this text. To avoid this condition, it is advised to do this co-recitation along with Durga Saptashati text in the scriptures. This co-recitation not only destroys the wrath of curse but also helps the person to attain purification.

How to recite Saptashati?
– If it is not possible to do the entire lesson in a day, then on the first day only the medium character can be recited. On the second day the remaining characters can be recited.

In this way, one can recite the entire Durga Saptashati in 7 days.