BJP Foundation Day 2022: Bharatiya Janata Party is celebrating its 42nd Foundation Day today. The party is celebrating this occasion as a festival. People are getting acquainted with the complete history journey of the party during the Foundation Day celebration, while one question is in the mind of the people that after the hero Narendra Modi, who brought BJP to the top of power with a strong mandate, who is in BJP? This question is bound to arise. Because a lot of things have changed inside the BJP after a charismatic leader like Modi came to the centre. The Atal-Advani era is now a thing of the past. Now Narendra Modi is at the center of BJP and Amit Shah is seen with him who is taking command as Home Minister. Amit Shah is considered the most powerful leader in the party after Narendra Modi.

Amit Shah’s stature within the party has increased significantly since the BJP’s historic victory in the 2014 Lok Sabha elections. In that election, Amit Shah had the responsibility of Uttar Pradesh and there BJP made a historic performance and destroyed all the equations of the opposition. After this Amit Shah was entrusted with the responsibility of National President of BJP. On the one hand, Narendra Modi continued to hold the power of the Center as the Prime Minister, while the Bharatiya Janata Party under the leadership of Amit Shah kept on waving the flag of victory in the states.

In the year 2019, BJP turned history upside down. For the first time in the country, a non-Congress government returned to power with an absolute majority. Narendra Modi and Amit Shah were the main faces of the party in this victory. After playing an important role in this victory as the national president, Amit Shah was separated from the responsibility of the party and given the responsibility of number two in the government. He was made the Home Minister. Since then, there were speculations that Amit Shah is at number two after Modi.

After Modi, the leader whose name comes at number three after Amit Shah is Uttar Pradesh Chief Minister Yogi Adityanath. Yogi has an image as a staunch Hinduist leader. After winning the second consecutive term in Uttar Pradesh, Yogi’s stature has grown considerably and he is ahead in the line of leaders of the generation after Modi. Yogi Adityanath is also considered as a mass leader and he also comes in the category of youth leaders.

BJP President JP Nadda is also one of the top leaders of the party. But his image as a mass leader has not yet become as strong as that of Amit Shah or Yogi Adityanath. However, under his leadership, the party has won four out of the five state assembly elections held recently. This has also increased the stature of JP Nadda and he can also be seen as an alternative after Modi. 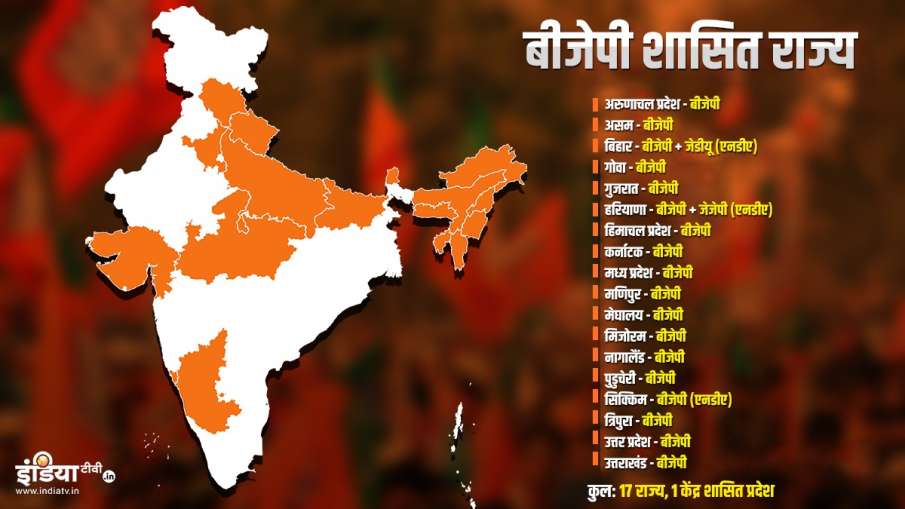 At the same time, the name of Assam Chief Minister Himanta Biswa Sarma also comes in the leaders of the generation after Modi. Biswa Sarma also has an image as a Hindutva leader. Although Sarma was first in the Congress and after that he joined the BJP. But within a few years, the party’s top leadership rewarded Hemant Biswa Sarma for victory in the Assam Assembly elections and made Sarbananda Sonowal the chief minister. At the same time, the name of Tripura Chief Minister Biplab Dev also comes in the youth of BJP and the leaders of the post Modi generation. However, Kiren Rijiju has also been active at the Center for a long time among BJP leaders from Northeast India.