Internet sensation aka Javed keeps surprising her fans by doing something new every day. Photos and videos of Urfi in different looks keep going viral on social media. Urfi often has to be a victim of trolling on social media for her outfits, but the impeccable and carefree Urfi always gives a befitting reply to the trollers. Now recently, the actress has shared a video on her Instagram in which she is seen being a vagabond along with impeccable. We are not saying this, it is said by Urfi himself.

Actually, Urfi has shared a video on Instagram in which she is seen in black color deep neck and shorts. Urfi is sitting in a room and looks a bit lost. While sharing the video, the actress has set the title song ‘Awara Hoon’ from Raj Kapoor and Nargis’s film ‘Awara’. Along with the video, the actress wrote in the caption, ‘Take all the strays of the house, make a little noise’. As usual on this video of Urfi, some people are trolling her and some praising her. You also watch video.

Urfi did this work for the first time in her life: Recently, for the first time, the actress has done something that she had never done in life. This information was given by the actress herself on Instagram. Urfi shared a photo on her Instagram story in which she was seen in a peach color dress. But the look of the actress in this photo seemed to have changed quite a bit. Actually, Urfi has sacrificed her long thick black hair, which means she has got her hair cut. Yes, Urfi, who flaunts her hair in almost every photo and video, has got a new haircut and has made her hair very short. You see yourself. 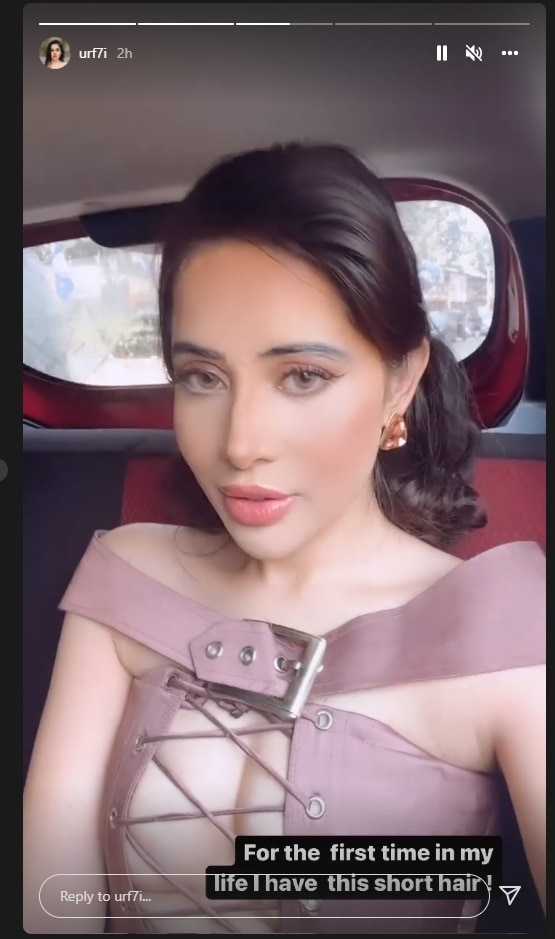