Bollywood actress Malaika Arora was taken to the hospital after an accident. According to media reports, Khopoli police revealed that the actress suffered minor injuries and was taken to Apollo Hospital for treatment. Police will register FIR and investigate the accident. Reportedly, Malaika’s car was between two tourist vans. However, so far neither Malaika nor any of her family members or friends have confirmed this.

Malaika’s SUV crashed near Khopoli on the Mumbai-Pune Expressway on Saturday afternoon, police said. The actress has been kept under observation at the hospital. The incident happened near a food mall at around 4.45 pm when she was returning to Mumbai from Pune, a police official said. He said that a bus and two cars collided and one of them hit Malaika Arora’s SUV. The actress was in the car along with her driver and bodyguard. The MNS leader going in the same direction took him to Mumbai in his car, the official said. 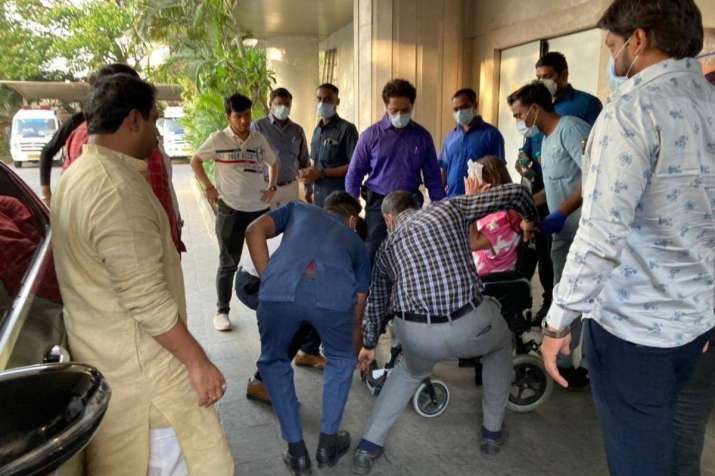 Malaika Arora, who is very active on social media, is known for her style statement. Malaika separated from Arbaaz in 2016. The ex couple eventually divorced in 2017. Before separating, Malaika and Arbaaz Khan spent 18 years of married life.

Malaika is currently in a relationship with Bollywood actor Arjun Kapoor. Despite facing criticism for their 12-year age difference, the love between the couple has grown stronger day by day.