Actress Deepika Padukone is on the target of trollers for her film ‘Ghehraiyaan’. Deepika had to be trolled because of the success party of the film. On social media, users are telling him the truth. “Success party of flop film???”… such comments are being heard by him. Let’s see what else they are being told.

Read the comments of the trollers here- 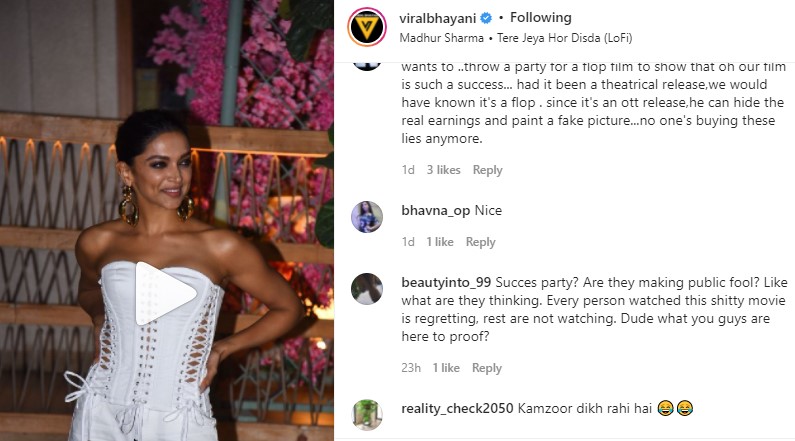 Deepika Padukone was seen wearing a white dress to attend the party. People are also commenting on his dress. However, trolling is not a new thing for Deepika. He is being trolled a lot since few years.