TV’s comedy queen Bharti Singh has recently become a mother. Bharti gave birth to a son on 3 April. On April 3, Bharti’s husband and anchor Harsh Limbachiyaa shared a post on his Instagram and shared this happiness with his fans that both have become parents to a son. During pregnancy, Bharti was constantly active everywhere from social media to shows, while even after delivery, the comedian is very active on social media. Although Bharti has not yet shown a glimpse of her son, but she constantly posts something or the other from the hospital on her Insta story.

Recently, the comedian has shared three posts on his Instagram which are related to his delivery. In a post, Bharti has shared her video in which she is seen closing her eyes. Along with the video, the comedian wrote in the caption, ‘Now sleep is not awake enough.’ Apart from this, Bharti has shared a photo of herself in which she is seen with her doctor. Apart from this, Bharti has shared a photo in which a lot of food is visible, with this photo Bharti wrote, ‘Lunch will be done by baby’s mother.’ From this caption of Bharti, it seems that she is going to be discharged from the hospital today. 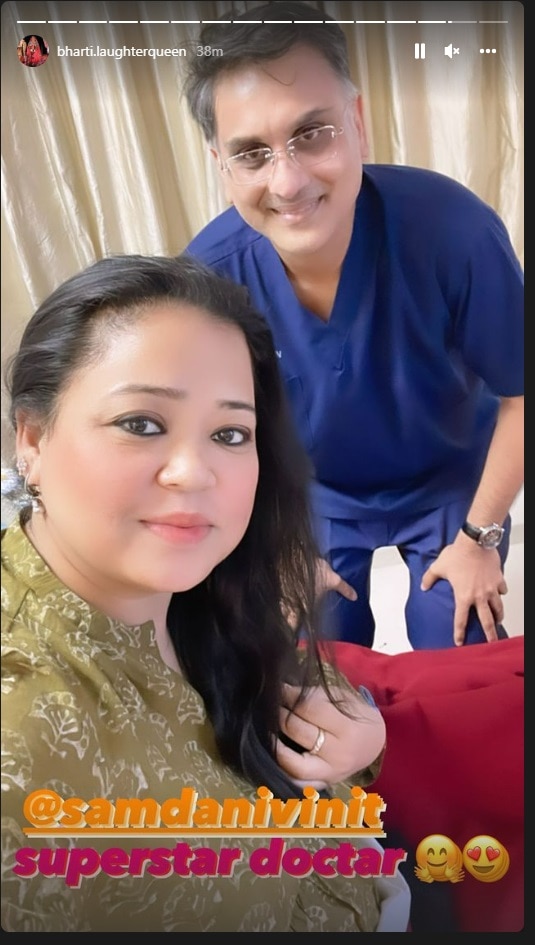 Let us tell you that Bharti Singh has done a great job in her pregnancy phase. She was hosting the reality show ‘Hunarbaaz’ with husband Harsh Limbachiyaa. Apart from this, she is also seen in the second season of the show ‘Khatar Khatra’. In which Harsh and Bharti have a lot of fun with the celebs. At the same time, Bharti has also appeared in many episodes of Kapil’s show ‘The Kapil Sharma Show’ during pregnancy.

Fahad Faasil was engrossed in the last 15 minutes of ‘Pushpa’, see how the dreaded IPS Bhanwar Singh Shekhawat was made