People will be able to check their result by visiting updeled.gov.in. 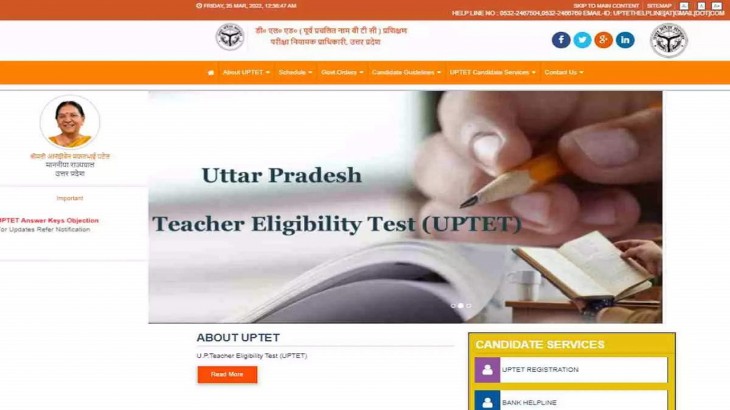 The results will be released on the website (Photo Credit: file photo)

An important news related to Uttar Pradesh Teacher Eligibility Test has come out. UPTET 2021 result will be released on 8th April. People will be able to check their result by visiting updeled.gov.in. After getting the permission of the government, the office of the examination regulatory authority has started preparing to release the result. According to experts, the result will be declared tomorrow on Thursday and on Friday. Around 18 lakh students wait for their results. 29.74 percent in the primary level examination and only 11.46 percent in the upper primary level examination were successful.

– Visit the official website updeled.gov.in or
Click on the result link here
Enter all the details including your roll number. On submission, your result will appear on the screen.

The result of this examination was to be declared on February 23 with the revised answer key and on February 25. But the results could not be released due to the assembly elections. Out of 21,65,179 candidates, 18,22,112 had appeared in the UP-TET held on 23 January. TET could not be held in 2020 due to Corona, while UP-TET 2021 had to be postponed on November 28 due to paper leak.