During the proceedings of Parliament, shocking figures have come to the fore. Minister of State for Home Nityanand Rai told that about 5.3 lakh posts of police are lying vacant in the country. 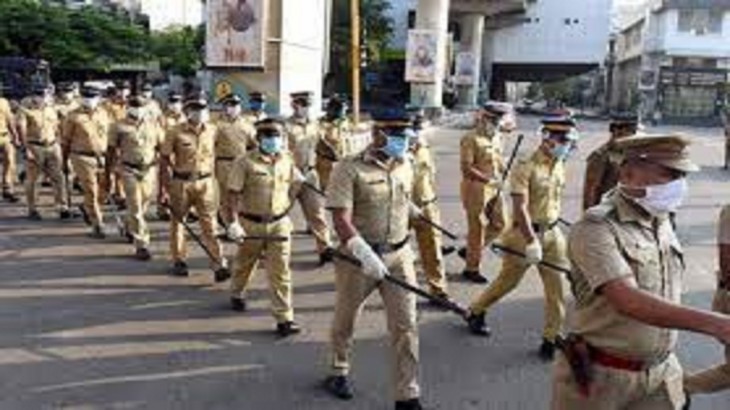 During the proceedings of Parliament, shocking figures have come to the fore. Minister of State for Home Nityanand Rai told that about 5.3 lakh posts of police are lying vacant in the country. He said this in a written reply to a question by Dr. TR Parivendra, Member of Parliament of India Jananayaga Katchi, regarding the vacant posts in police stations across the country. In his reply, Minister of State for Home, Rai said that as per the data of police organizations compiled by the Bureau of Police Research and Development (BPR&D), the sanctioned strength of police is 26,23,225, but the actual number is 20,91,488 and as on January 1, 2020, 5 ,31,737 posts are lying vacant. Not only this, the posts of more than 1 lakh police constables are vacant in Uttar Pradesh alone. Which in itself is a big number.

Rai said that it is primarily the responsibility of the state governments to fill up the vacancies in the police force in their respective states. He said that the Center also issues advisories to the states to bring requisite reforms in police administration to fill up these vacancies and meet the expectations of the people. He said, “In the list of sanctioned and actual strength of police in states/UTs as per BRP&D, except the state of Nagaland, which has 1375 more police personnel than the sanctioned strength, the rest of the states have less than their sanctioned strength. One in UP There are more than one lakh vacancies.There are 55,294 vacancies in West Bengal and 47,099 in Bihar.

Responding to this, the Minister of State for Home said that they will once again write a letter to the states to start the recruitment process on the vacant posts of police in their respective places. Also fill up the vacant posts.